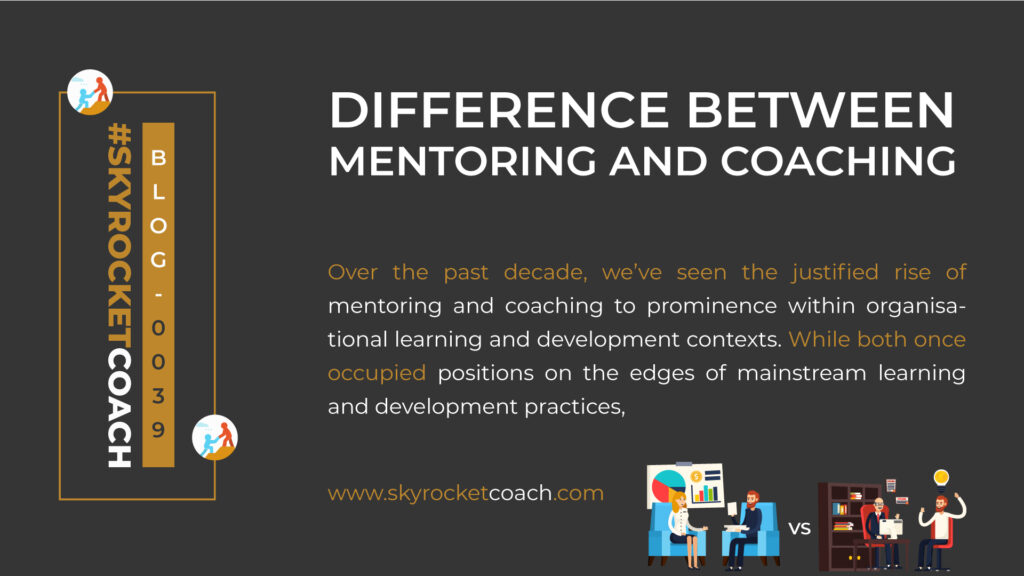 7 Mind-Blowing Differences Between Mentoring And Coaching

The differences between Mentoring and Coaching are not the types that you might have been thinking about. Even most people nowadays think of them as the same.

In corporate training and development programs, mentoring and coaching have become more important. At first, these methods weren’t part of the usual ways to learn and grow, but their benefits are getting better and better.

Coaching and mentoring try to help mentees grow and improve their skills to reach their full potential. Both ways can help a person grow as a person and as a professional, as long as the person is responsible for their growth.

This article will give us a crash course in mentoring and coaching. We’ll look at how they’re similar and different, and we’ll learn some facts that most people don’t know.

What Makes An Excellent Mentor?

Mentoring is a human development activity in which a person with a lot of knowledge and experience, called a mentor, shares it with a person with less knowledge and experience, called a mentee, to help the mentee develop his career, boost his self-esteem, be more productive, etc. It has to do with how a person grows and feels mentally well. Mentoring can be done by someone outside of the organization or by someone who works there.

Want to know why we call Mentoring popular these days?

Coaching is a job that has been around for a very long time. It can be thought of as something that helps people reach their goals. There are coaches in many fields, such as business, education, and sports.

To be a professional coach, you must know much about branding. This means being able to talk to customers and clients in a way that helps them understand what you do and why you do it.

There are many kinds of coaches, but the most important thing is that you can change how you do things. You don’t have to be the best coach in the world to start coaching. Anyone can benefit from taking this course.

According to PwC’s report on the coaching industry, the sector was the second fastest growing in the world in 2018. This growth is expected to continue, with the market value projected to reach $20 billion by 2022.

Difference Between Mentoring And Coaching

Most relationships last about six months or a year and have a clear goal. Depending on the results, though, some coaching partnerships may last longer than others.

Most of the time, this kind of relationship lasts between one and two years.

The focus of coaching is on how well the professional does at work.

Mentoring focuses more on the professional’s growth and looks at their career as a whole, not just their current job.

Most mentoring sessions are just casual get-togethers that the mentee calls for when they feel the need.

The person who wants to improve hires a coach because the coach is an expert in the area where the person wants to improve. Think about the skills of people who are good at public speaking, leading, communicating, or making sales, for example.

The agenda for the coaching session is made by both the coach and the person being coached.

In a mentoring relationship, the person being mentored is the one who decides what should come first. The guru agrees that this is the right way to do things.

One of the best things a coach can do is ask insightful questions that make the coachee think and, in the end, lead to new habits and ways of doing things.

When two people are mentoring each other, the mentee is more likely to ask about the mentor’s area of expertise.

A coaching agreement results in progress that can be seen and measured in the area of performance that was agreed upon.

There is a chance that a mentoring relationship will lead to changes. More attention is paid to how the mentee grows as a person than to whether or not goals are met, or behavior changes can be seen.

Similarities Between Mentoring and Coaching

The similarities between Mentoring and Coaching professions are not uncanny, as they both –

When To Use A Coach?

The reason for using a coach and a mentor is different; they can look after some prospects that are beneficial to the growth of their client. But when do people ask for a coach specifically? Well, a coach can –

When To Use A Mentor?

Similarly, a mentor can –

The Key Benefits to Mentoring and Coaching

Why Are These Differences Important?

Managers and people who work in human resources often look for mentoring and coaching for their employees because of how well these interventions work. When both the client and the practitioner have a clear idea of what intervention means, they may be able to make good plans for both of them.

When an organization’s resources are tight, it’s even more important that everyone has the same idea of mentoring and coaching. Those in charge of setting up mentoring and coaching for employees must make sure they can always make the right choices for each person’s needs, no matter how much time or money they have.

Knowing the differences between coaching and mentoring is one of the most important steps in choosing the right intervention and ensuring everyone is on the same page about the goals that can be reached.

Coaching or mentoring may enhance professional and personal objectives. Be adaptable. If you’ve gotten help, you may coach or mentor others.

Every organization needs coaching and mentoring for HR growth. Everyone requires a supervisor or mentor to perform better, work more effectively, or develop their career. Without progress, people lose hope and drive, resulting in worse performance. Regular mentoring and coaching assist firm employees.

This blog compared mentoring to coaching on a different scale. Coaching and mentoring will always have some small differences. We hope our information helped. Learn more from SkyrocketCoach and stay in touch. 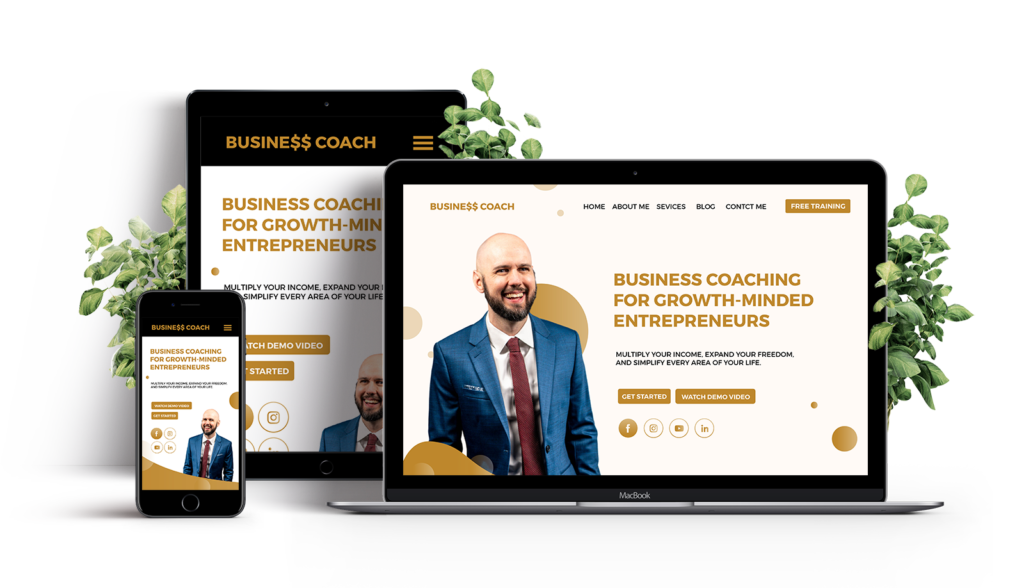 Web Design for Coaches who are ready to automate and scale their businesses online.